At Refined Technologies, Inc. (RTI) we believe eternal purpose fuels excellence, and one of the ways we live that out is a commitment to building stronger communities, locally and globally.

In this commitment to community, RTI is proud to call the CrossWalk Center of Houston -- a nonprofit that supports the successful and sustainable reentry into society for men who have been imprisoned – a true “mission partner”.

“RTI is dedicated to a culture of caring,” explained Heather Broeder, RTI's EVP of Community. “Our mission partners, such as the CrossWalk Center of Houston, are very important to us, and cut to the core of our company’s DNA and how we operate from a sense of eternal purpose.”

Far from “lip service”, RTI’s bond with the CrossWalk Center extends to the hiring of employees (called Artisans in RTI terminology) via the nonprofit’s second chance employment program.

“Their passion, humility, and commitment to excellence inspire us daily,” said Cody Nath, RTI President and CEO, who is a CrossWalk Center emeritus board member.

CrossWalk Center: History of the Heart

The genesis for the CrossWalk Center can be traced back to Pastor Joey Gentempo’s establishing of “His Father’s Heart Ministries” in 2001.

Gentempo’s experience as a Harris County Civilian Chaplain and as program director for the Prison Fellowship IFI Program at the Carol Vance Unit near Sugarland laid the cornerstone for what eventually would become the CrossWalk Center.

“He saw first-hand the dire need for stability for the formerly incarcerated and their families through meeting their day-to-day practical needs,” says the CrossWalk Center’s history.

Gentempo’s career and life experiences exposed him to the crying need for faith-based mentoring inside, and aftercare counseling and discipleship outside the prison walls.

While the spiritual needs were being met through the ministry, it became evident to Gentempo that more was needed.

“He observed that it was physically hard for recently released citizens to take advantage of many services due to their limited access to available transportation,” says the CrossWalk Center history. “That’s when he began to speak openly in churches across the Gulf Coast region about the need to have a location where both spiritual and practical needs and services could be found under one roof.”

Beginning in the fall of 2014, a regional Development Team composed of members and volunteers from Saint Andrew’s Presbyterian Church Missions Committee, First Presbyterian, Grace and WoodsEdge churches, along with His Father’s Heart Ministries, met to begin building upon what Gentempo had envisioned.

The CrossWalk Center operates with a mission of “advancing God’s Kingdom through seamless re-entry discipleship.”

The nonprofit’s vision is:

The CrossWalk Center preaches Five Core Values, which include:

The CrossWalk Center re-entry program includes three phases based on the best practices established by re-entry analysts and researchers:

Volunteering with the CrossWalk Center

The CrossWalk Center says, “it may sound cliché, but it does take a village, an entire community of collaborators, coming together for the sole, unified purpose of positively impacting citizens journeying from prison to community re-entry.”

Volunteers are seen as an extension of staff, helping CrossWalk Center to fulfill its mission.

“We are committed to the active recruitment and retention of dedicated volunteers with the qualifications and the heart to serve inside and outside the walls of the Texas Department of Criminal Justice,” says the CrossWalk Center. 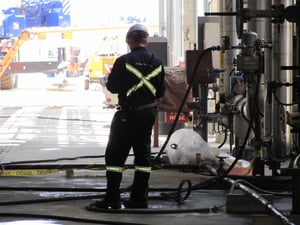 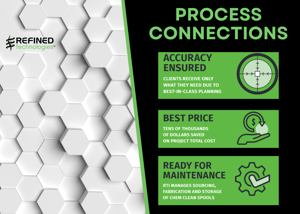 Folds of Honor, the nonprofit organization that provides life-changing scholarships to the spousestrue

Folds of Honor, the nonprofit organization that provides life-changing scholarships to the spousestrue